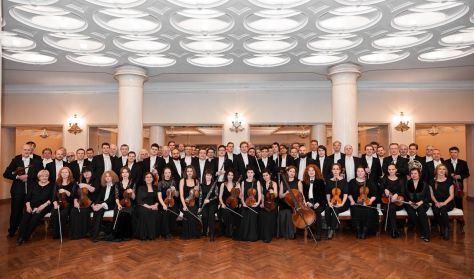 The Russian National Orchestra was founded in 1990 by pianist and conductor Mikhail Pletnev. The orchestra has since then been described as "a living symbol of the best in Russian art". The orchestra’s recording of Prokofiev’s Peter and the Wolf and Beintus’s Wolf Tracks, conducted by Kent Nagano and narrated by Sophia Loren, Bill Clinton, and Mikhail Gorbachev, received a 2004 Grammy Award, making the RNO the first Russian orchestra to win the recording industry’s highest honor.

Free Parking will not be available at the Lewis Auditorium of Flagler College for this concert season. Free Parking will take place at the St. Johns County Council on Aging, 180 Marine St., St. Augustine FL 32084. Guests will then be transported to and from the concert venue by shuttle service free of charge. We hope you will take advantage of this new hassle free parking arrangement. This feature is included in the stated concert ticket price.